President Biden recently unveiled sweeping proposals that are getting much attention from politicians and working Americans alike. Together, the American Families Plan and American Jobs Plan would devote over $4 trillion to overhauling infrastructure, expanding affordable childcare, upping paid family and medical leave, and offering some level of free college, among other things. Funding for these proposed plans would rely largely on tax hikes for corporations and the wealthy, but there are also some popular tax credits baked in. 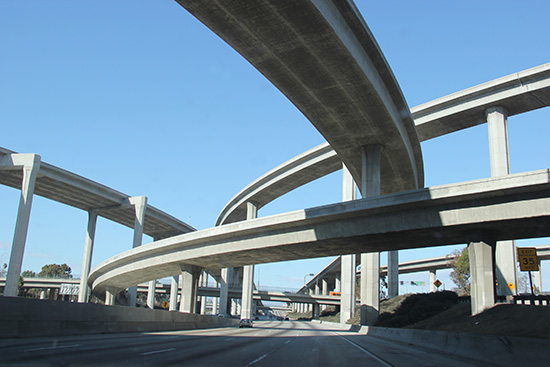 Whether these proposals receive bipartisan support remains to be seen. To get them signed into law, both the House and Senate would need to pass bills that outline the details. In the meantime, let’s unpack how these proposals could affect different households.

The American Families Plan would earmark $1.8 trillion for several different initiatives. Childcare is a main centerpiece. If the proposal were to pass as is, it would provide free, universal pre-K and reduce childcare expenses for children under 5. This on its own could save families about $15,000 annually, according to the White House. The proposal would also build out a national paid family and medical leave program to help those who are caring for a new baby or sick loved one. Another big component of the proposal is providing two years of community college at no cost to students.

The American Jobs Plan is a separate $2.3 trillion proposal that would direct a large chunk of funds to breathing new life into the country’s infrastructure. This includes the revitalization of bridges, roadways, rail lines, airports, and even Internet broadband. The plan would also devote billions to upgrading drinking water systems, updating affordable housing, funding manufacturing, and fostering workforce development, among other initiatives.

How Would These Proposals Be Funded?

The big question ultimately comes down to funding, though it should be noted that these proposals certainly aren’t set in stone. There’s still a long way to go in terms of negotiations and approval. With that said, to pay for these proposals as is, President Biden would rely a great deal on a combination of tax increases. This would translate to:

In addition to the above, President Biden is also proposing a number of other tax measures to incentivize companies to do more of their work domestically, as opposed to overseas.

What Tax Credits Would Be Included?

On the other side of tax increases would be a variety of tax credits and other advantages for many working Americans. The American Families Plan calls to extend several important tax benefits that were at the center of the American Rescue Plan of 2021. This includes:

In Other Tax News…

While legislators are still ironing out the details of the American Families Plan and American Jobs Plan, and nothing has been signed into law yet, New York state has passed its 2021-2022 budget—and it could have a big impact on New Yorkers. The Tax Cuts and Jobs Act of 2017 put a cap on the deduction for state and local taxes (SALT). This included property taxes, limiting the deduction to $10,000. Hit hardest by this have been folks living in high-tax states, like New York.

The newly passed budget will provide a workaround of sorts, allowing for something called a Pass-Through Entity Tax. This will essentially enable the owners of eligible S corporations and partnerships to deduct state income taxes through their businesses. This, in turn, can help them avoid that $10,000 SALT deduction cap, which is good news for many New York-based business owners.

While President Biden’s new tax proposals could have a direct effect on your financial life, it’s important to remember that at this point, they’re just that—proposals. We have yet to see concrete legislation, and it’s likely that the final version will be a watered-down form of what’s been proposed. Investors hoping to make changes to their portfolios would be wise to wait until we have more clarity before moving forward. In the meantime, you can contact your Opal advisor today to talk through the ways your unique financial situation might be impacted.

Be a Smart Investor

Stay up-to-date with industry-leading information and news delivered straight to your inbox.

Get our timely insights delivered to your inbox (Blog)

Please remember that past performance may not be indicative of future results. Different types of investments involve varying degrees of risk, and there can be no assurance that the future performance of any specific investment, investment strategy, or product (including the investments and/or investment strategies recommended or undertaken by Opal Wealth Advisors, LLC [“OWA]), or any non-investment related content, made reference to directly or indirectly in this commentary will be profitable, equal any corresponding indicated historical performance level(s), be suitable for your portfolio or individual situation, or prove successful. Due to various factors, including changing market conditions and/or applicable laws, the content may no longer be reflective of current opinions or positions. Moreover, you should not assume that any discussion or information contained in this commentary serves as the receipt of, or as a substitute for, personalized investment advice from OWA. OWA is neither a law firm, nor a certified public accounting firm, and no portion of the commentary content should be construed as legal or accounting advice. A copy of the OWA’s current written disclosure Brochure discussing our advisory services and fees continues to remain available upon request or at www.opalwealthadvisors.com. Please Remember: If you are a OWA client, please contact OWA, in writing, if there are any changes in your personal/financial situation or investment objectives for the purpose of reviewing/evaluating/revising our previous recommendations and/or services, or if you would like to impose, add, or to modify any reasonable restrictions to our investment advisory services. Unless, and until, you notify us, in writing, to the contrary, we shall continue to provide services as we do currently. Please Also Remember to advise us if you have not been receiving account statements (at least quarterly) from the account custodian.

Should I Pay Off My Mortgage in Retirement?

What Investors Need to Know About the Future of ESG Investing

Kickstart Your Success with Opal Insights

Enjoy access to our most powerful financial strategies, tools, and tips

Take control of your finances today…

…& receive a free copy of our “Ultimate Financial Planning Checklist”